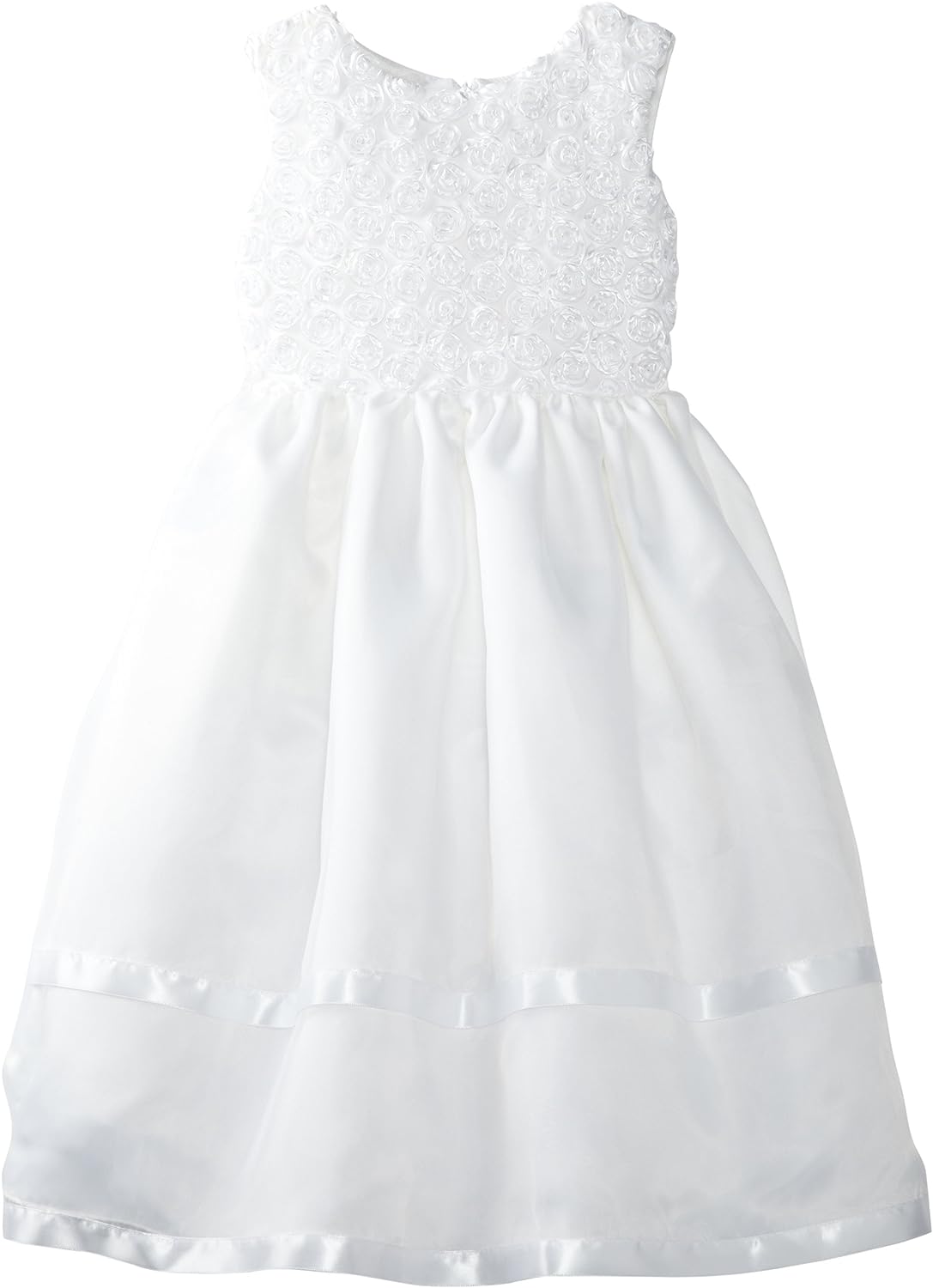 Floral soutach top with organza overlay dress. Dress is fully lined with a petticoat attached to the bottom skirt lining